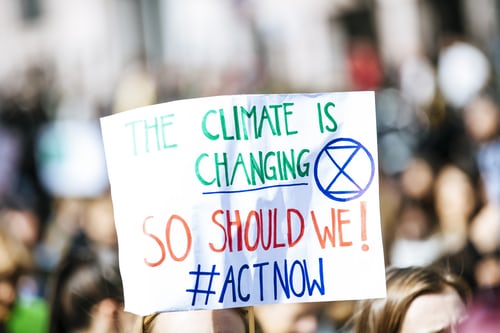 Looking at the problem of global warming, climate change and the utter devastation of forests and the environment it makes one to wonder if the fight is really worth it. When you actually have no idea where to focus the effort and where the problem really lies, it is easy to become disheartened and abandon the fight and the cause.

Especially when one sees the global news about such devastation, it actually makes people question themselves if what they have been doing for the good of the climate and the environment is actually effective and if it really does have an impact. But that is the tricky part, because in the fight for mother earth the focus is the individual person and the gauge for its success is its impact in the personal and individual level. Here are some of the ways to fight climate change as an individual and create an impact and a difference.

If there is a huge swelling or urge to invite other into becoming more involved in the climate cause then one can actually create an online movement where like-minded people gather and brew ideas together and invite other to join the movement and create an organization online to fight for climate change.

The idea is that fighting for the environment takes on many forms and various methods. Like for example educating others is a fight in itself and forming an environmentalist group is also in itself a fight for an important cause, and that is for mother earth. Such movements are existing such as the movement to inform people about carbon footprint calculator.

When creating plans for helping to create a better environment and a better earth for the whole next generation that will inherit it from us it is very important to think global, but in the planning and execution of such plans one has to think locally. It is impossible for one to win a war with just ideas, it must have some concrete steps, and thus it is important win the fight locally.

It is great to have a local environmental problem and focus on meeting and solving that problem. This way you get to educate the locals and at the same time help them in their struggle. For example, planting mangroves in a fishing community is much more helpful than bashing people over the internet for holding different views.

Practice what you preach

You should be ready to live your philosophy and practice what you preach and stand upon. People are quick to point out the clink in our armour, but nevertheless they are also quick to follow leaders who stand up for what they believe in and are consistent with their cause.

The idea is that people should be educated not only through information but through actions as well. So, in order to educate people on segregation and recycling one must also show that they are segregating their garbage and that recycling as done a great deal of good for them.

Like a seed planted in the right ground, when an idea and a cause is planted on the right and ready heart, it wills really make an impact and a difference, no matter how small it may seem to be.