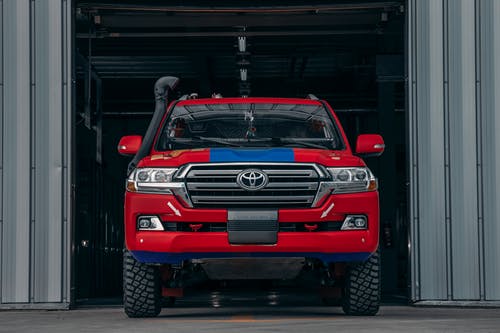 Driving a Toyota in the modern world shows that you know your automobile priorities. Owning a Toyota Hilux declares domination wherever you drive the ship of a vehicle to. But replacing with fake spare parts is one of the biggest mistakes that both experienced and newbie vehicle owners do too frequently.

Giving ourselves an excuse as to why we are ruining a beautiful ride like a Hilux, regardless of the model is a crime that will ruin the vehicle irreversibly. But it all down comes to one question; is it worth it? Let us find out.

When a vehicle is being designed, every minor aspect is taken into consideration. Even the slope of the windscreen will play a significant role in the overall performance of any vehicle. The bigger the vehicle, the higher the fuel consumption is. However, the original automobile does what it signs up for when it has the right parts. Once you start replacing worn-out pieces with fake spare parts, regardless of how insignificant they might look,  the vehicle needs more energy to function in the designated way. The result is unusual fuel consumption.

Let us assume that you need a worn-out part replaced and you consciously choose fake parts, based on the logic that they’re cheap. And then, within just a few months, the same issue comes up, and you might go for the cheap solutions again. If you took a moment to do the overall expense of the process of replacement, it would be evident that the genuine parts are logically cheaper because of a longer lifespan. Regardless of the significance of the part, it is always wise to stick to the genuine ones. If you consulted a garage that sells just hilux parts you just might be able to even land on a reconditioned part. But the common factor must be genuineness.

Running your Hilux with inadequate parts in the exterior or interior body is definitely going to take a permanent toll on the vehicle. Given the prestigious secondhand market value, any buyer would prefer to double-check the authenticity of the vehicle at a Toyota garage. Even if you had finally replaced with genuine parts, there is a considerable risk of the machines catching the damage from fake parts. In a situation like this, you’re going to lose the negotiation power just like that. If you’re the first owner of your Hilux, it is of extreme importance that you always choose genuine products to secure the quality of the vehicle.

The fake spare parts do not stop at ruining the vehicle, they put your life at great risk. The interconnection of all the parts within the system is the obvious reason for this. Even if it was a fake windscreen, there’s a chance for it to crack unexpectedly, failing to meet the standards performed by a genuine windscreen.