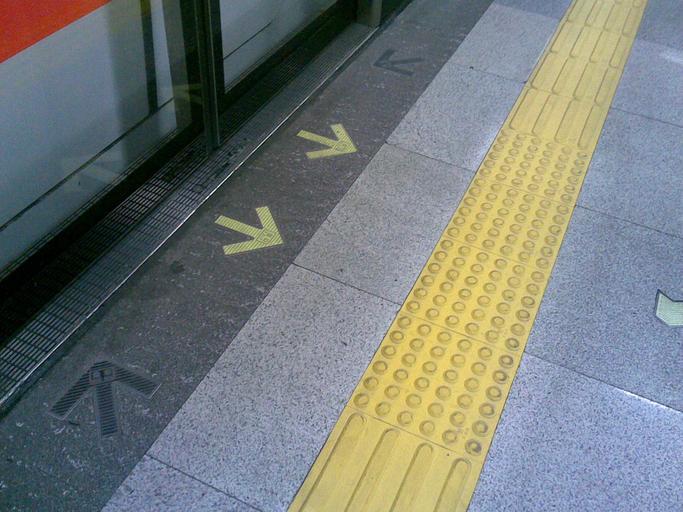 You could detect tiny domes or circular, slightly elevated bars on the ground’s surface when crossing the street or boarding a train. Tactile pavement is a type of tactile paving that can be felt underfoot or with a cane. They’re also known as detectable warning plates or ground surface indicators. Attention patterns which are rows of truncated domes arranged in a grid patternare a popular sort of detectable warning plate. A guiding pattern, sometimes known as a corduroy pattern, is a common design that employs rows of rounded narrow bars or lines as indications.

Tactile pavement, or asphalt that can be touched, sends a message to visually impaired walkers regarding navigation. When installed at curb ramps, detectable warning plates highlight the change from pedestrian path to traffic or advise a pedestrian to be cautious before a flight of steps. Accessibility and safety for pedestrians with little to no vision have improved significantly since their introduction into the built environment.

Seiichi Miyake, a Japanese architect, invented tactile pavement in 1965. It first appeared in a crosswalk in Okayama city in 1967, then spread to other pedestrian crossings around Japan. Their popularity rose fast when the Japan National Railways accepted them. In the early 1990s, the United Kingdom, Australia, and the United States followed suit and began using tactile ground surface markers. By the early 2000s, Canada had implemented them into transportation and later other aspects of the built environment.

Tactile pavement designs come in a variety of shapes and sizes.

Tactile pavement, like Braille, a kind of written language in which raised dots are sensed with the fingertips, sends a message about the environment through touch. tactile installation Melbourne can be used to express cautions and warnings, as well as to indicate safe zones. It gives people with vision impairments a concrete method to recognize their surroundings and navigate them on their own.

Various types of materials for creating detectable warning surfaces arose over several decades as the technology progressed. Only pre-cast concrete models were offered at first. Cast iron, polyurethane, stainless steel, concrete, and ceramic are all examples of materials utilized in modern roadways. It is critical for detectable warning plates to be robust enough to resist considerable foot traffic and weathering. One of the most lasting alternatives is cast iron detectable warning plates, which are recognized for their toughness. They’re made to endure everything from snowplow damage to everyday wear and tear, and they’re designed to last a long time.

Truncated domes are evenly placed in straight rows, producing a square grid, on detectable warning plates with grid patterns. This is one of the most popular designs found on city sidewalks in the form of visible warning plates. They’re commonly used to indicate a lowered curb at the end of a sidewalk before it becomes a vehicle road.